Madonna Admits Being A Single Mom Of Four Can Be Stressful 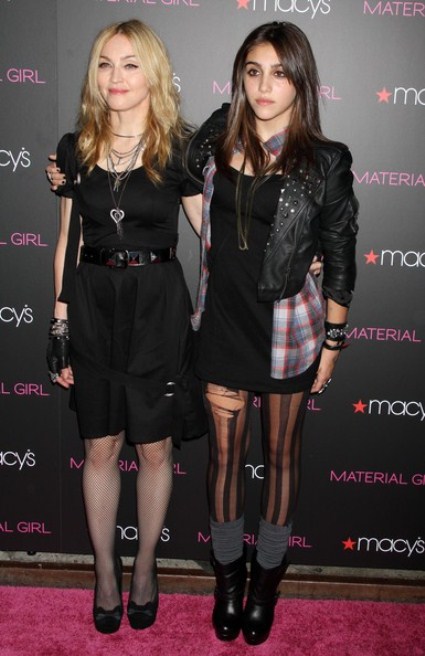 Madonna may have all the money in the world to hire nannies, tutors and cleaners – but she says the demands of being a single Mom of four does take its toll. The Material Girl has told The Sun newspaper ‘I’m not going to lie — it’s hard work having four kids and doing all the work I do’

Madge has Lourdes Leon who’s now 15. Next is 12 year old son Rocco Ritchie. Then it’s six year old David and five year old Mercy. So while she’s getting ready to release a new album and prep a World tour there’s plenty going on at home as well. Some have questioned her parenting skills given her controversial past but she’s not losing sleep over it ‘everybody has something to say about the way I live my life. At the end of the day I’m doing my best. If people don’t like it, then that’s really their problem. Sometimes I cope with it very well, sometimes it’s a struggle.’

One of the songs on her new album MDNA is about the daily problems she faces. It’s called  I Don’t Give A ‘It’s about the life of a single mother. It’s a challenge juggling everything — multi-tasking is my middle name. I try to express that.’

Madonna’s eldest daughter Lourdes is already following in her footsteps. She’s even on her famous Mom’s payroll ‘Yes, she’s my background singer. She just came over to the studio that day. Then I said, ‘Oh, can you sing this part?’ and she agreed to. She has a very good voice. She’s quite shy about it and won’t admit it. Lots of people are knocking on my door to meet her about everything, movies and what-not.’

It looks like Madge’s job as a Mom could be about to get even more challenging!

Heidi Klum Keeping It ‘Real’ With Her Children

Angelina Jolie Strolling With Vivienne, Zahara and Pax Who Loves to ‘Monkey Around’