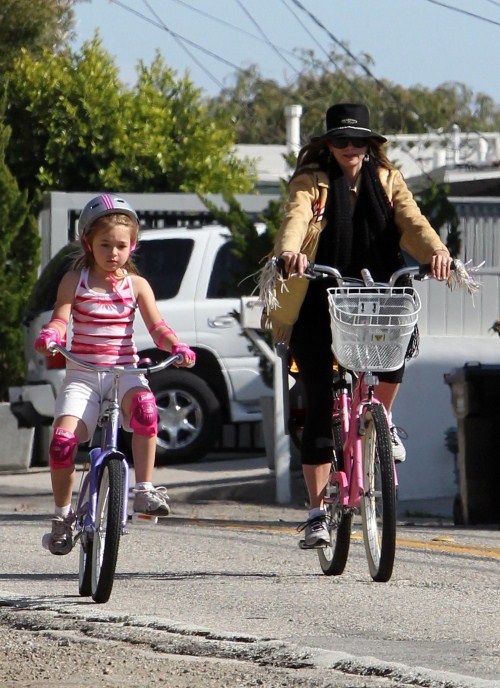 Mira Sorvino and her six-year-0ld daughter Mattea Backus were spotted taking a bike ride through in Malibu, Ca on Sunday. Mattea looked adorable wearing all her safety gear as she rode in front of her mom.

In 2010, Sorvino told she’d do just about anything to protect her three children,  Mattea, Johnny and Holden  with husband Christopher Backus.

“I have become a very fierce mama bear, and I’d lay down my life in a heartbeat if it could save theirs.”