Gabriel Aubry & Nahla Enjoy A Day At The Zoo 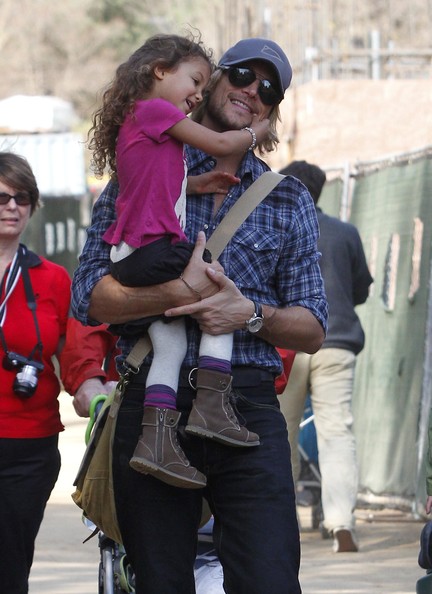 Halle Berry’s ex, Gabriel Aubry was spotted enjoying a day alone with their daughter at the Los Angeles Zoo in California on Saturday. Nahla who wore a purple top, a black skirt and boots hugged and cuddled her dad as they walked around the park.

An L.A. City Attorney spokesman has revealed Aubry will not be charged on allegations that he verbally abused and pushed Nahla’s former nanny due to ‘insufficient evidence’.

What do you think of this custody battle Halley Berry has undertaken against her ex? Do you think she is justified in wanting to eliminate all contact between Aubry and Nahla?