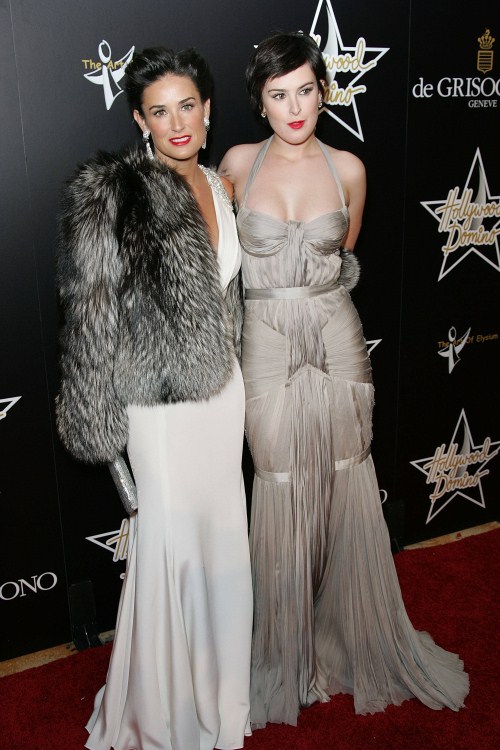 Rumer Willis is worried about her mother Demi Moore who was rushed to the hospital for substance abuse on Monday night.

On Tuesday, Willis was pictured looking visually distraught as she spoke on the phone outside the hospital, Moore was admitted to.

“Rumer is devastated,” a source said.

According to a source, Rumer went as far as calling Moore’s ex, Ashton Kutcher, but he ignored her calls.

“She worries day and night about her mother and has been watching her mom fall apart. Rumer actually reached out to Ashton on several occasions and he just blew her off. He either wouldn’t answer or he’d say he’d help but nothing would happen. Bruce [Willis] is a big help right now.”

It is said Moore was sent into a downward spiral after splitting with Kutcher in October.