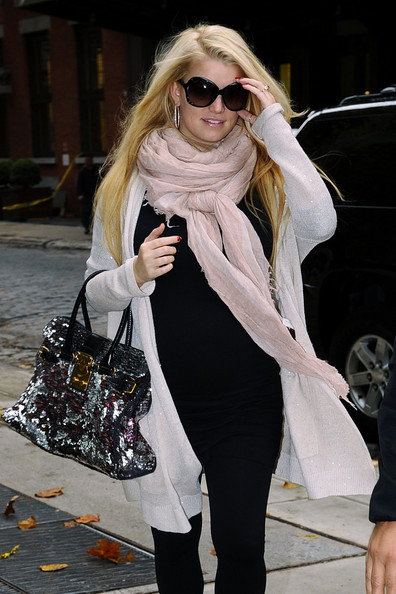 Pregnant women have cravings and Jessica Simpson is no exception.  Jessica is said to be craving salty foods as she prepares to welcome her first child into the world.

Jessica, 31 and her fiance Eric Johnson – admitted she has been choosing salt-laden breakfast as her pregnancy moves forward.

She recently tweeted: “Kraft mac and cheese with Lawry’s seasoning salt is the breakfast for pregnant champions!!! (sic)”

Jessica has previously claimed toasted “peanut butter and jelly sandwiches” have been tickling her tastebuds.

She explained: “This week it’s peanut butter and jelly sandwiches, toasted. And then, I’ll put some salt on my hand like I’m taking a tequila shot and then take a bite of the sandwich.”

However, the singer-and-actress recently admitted one of the down sides of pregnancy is that she has been crying “at the drop of a hat”.

Jessica said: “That’s the one thing about pregnancy – I’ll cry at the drop of a hat. Even a great souffle would make me cry.

“I felt the baby move the other day for the first time and I had big crocodile tears. It was the coolest thing ever. It did a flip or something. I was like, ‘There it went. It’s there. It’s really there’.”