Jessica Alba Makes A Starbucks Run In The Big Apple 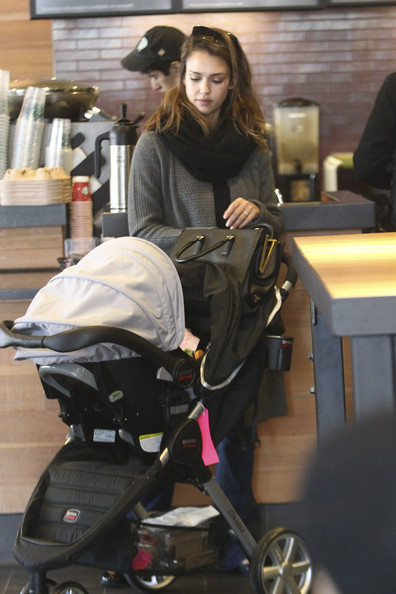 Jessica Alba has touched down in New York City with her youngest daughter Haven Garner Cash!

The two were seen at at a Starbucks coffee house in the West Village. Alba wore a scarf and sweater as she pushed her baby daughter Haven in one of her MULTIPLE Britax strollers.

The two were see Saturday leaving LAX airport for New York City. The two were in the city at the beginning of the month with Alba’s older daughter Honor.

Jessica Simpson Worried About Having Twins

Jessica Alba Feels Blessed to Be Mom of Three