Proud Mom Kendra Wilkinson Thinks Her Son is a Genius 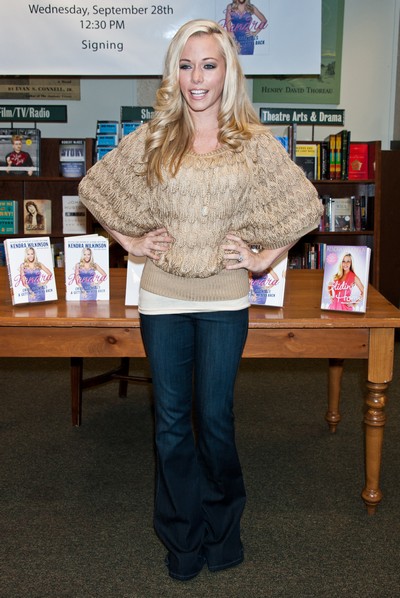 Reality TV star Kendra Wilkinson is certain 22-month-old Hank Baskett – her son with her NFL player husband Hank Baskett – is like a “sponge” and she is constantly amazed at how smart he is.

Kendra – who stars with her family in E! fly-on-the-wall show ‘Kendra’ – said: “The other night he said his ABC! He is a sponge right now he is learning so much and we love to piggy back on that and we love to teach him. Right now we know he is a sponge and we are just throwing stuff at him as much as we can for him to learn. He is the smartest kid, he can put together a five-piece puzzle right now. His concentration is amazing I can’t believe that when we are filming he can just sit down and put together a five piece puzzle so quickly, he has great concentration.”

Kendra also revealed Hank Jr. likes to show off for the cameras when they are filming in the family home and really enjoys being in the TV show.

But she insists she and her husband would stop the cameras from rolling if their son ever got upset.

She explained: “He’s fine with them (the cameras). I don’t think he has cried one time when they’ve been there. And we would never force him to shoot, you know, to be on TV. He likes it. That’s the beauty about it, that he gets to do what he wants to do he doesn’t have a script and he’s not doing something that he doesn’t want to do.

“But of course with the baby we have limits, we have to kick the camera out sometimes if the baby isn’t feeling good or anything, we don’t allow the cameras to go next to baby Hank.”

Jennifer Garner Has A Busy Day