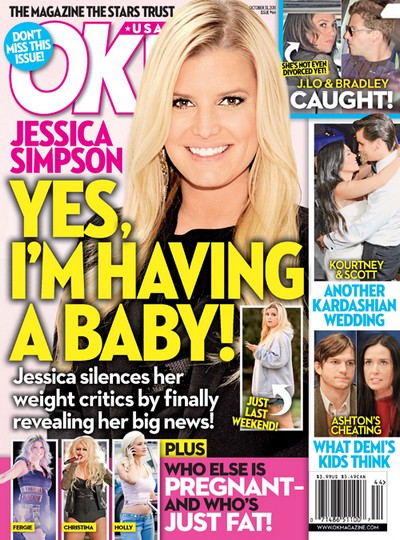 Rumors have been circulating the web for the past several weeks that Jessica Simpson is pregnant.  OK! Magazine is claiming that Jessica is silencing her critics who says she is getting fat and has revealed the big news that she is pregnant.

A close friend revealed: “Jessica is so excited.  She joked, ‘Well, now I can eat anything I want and no one will care. It’s just sort of a rule with pregnant women.’ But it was typical Jessica that she was making a joke of it.”

Jessica has slowly been telling friends that her and fiancé Eric Johnson, 32, are becoming parents.  Originally Jessica said she would not become pregnant until she married Eric but she is so happy she does not really care what order she did it in anymore.  So what do you think is Jessica really pregnant or has she just put on a little weight?  Sound out in the comments below!

Paul Stanley Goes To A Toy Store With Family

Bethenny Frankel and Bryn Go For A Stroll Around NYC