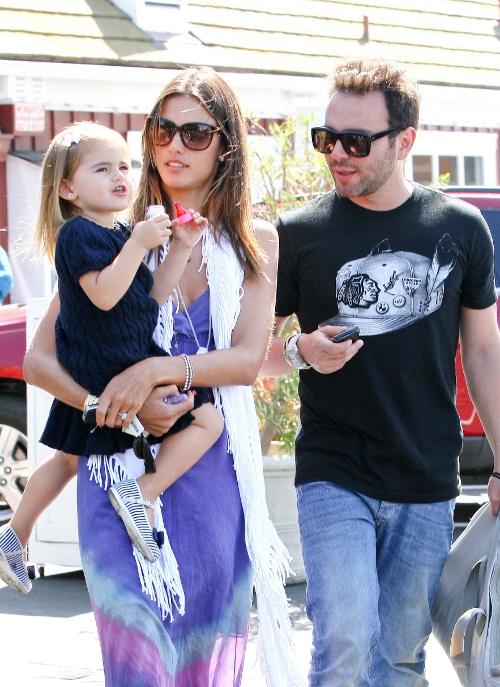 You know . . . even supermodels have to shop occasionally, and Alessandra Ambrosio is no exception to that fact. The Brazilian supermodel was seen at Country Mart in L.A. where she was shopping with her daughter, Anja Louise, and her fiance, Jamie Mazur.

Now, don’t let the name Country Mart fool you. It’s a lot nicer than it sounds. Despite the name, it’s not a place that sells cow and chicken feed. It’s a borderline super classy place with boutiques from all over the world.

What do you think about this Alessandra Ambrosio? I’ll admit, I don’t know much about her, except for the fact that she has one badass name. Maybe our readers can tell us a bit more about her if they know? I could Google her name for answers, but that would deprive me the pleasure of asking for audience participation 🙂

Britney Spears Planning To Try For a Baby With Boyfriend