Supermodel Niki Taylor Has Got The Cravings! 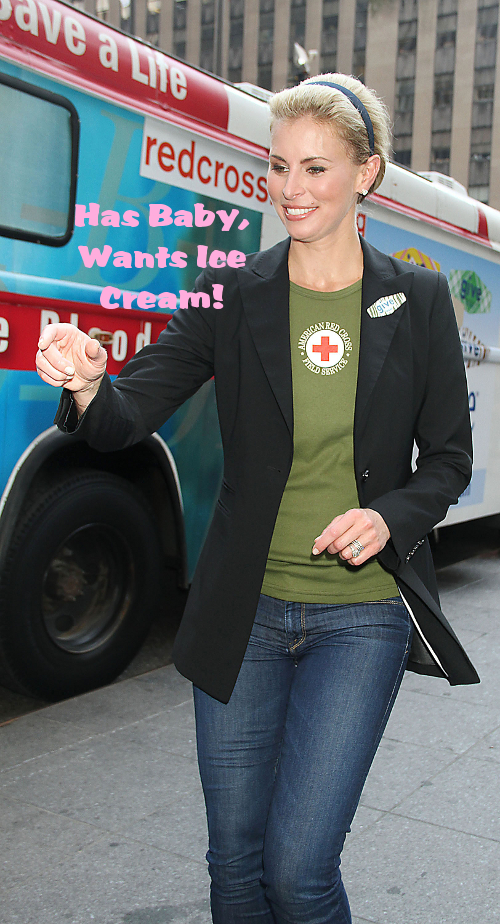 Even incredibly health conscious supermodels aren’t immune to the cravings that result from pregnancy. Niki Taylor, covergirl and Celebrity Apprentice alum, is expecting her fourth (FOURTH!) child later this year and tells OMG! magazine that she’s got some powerful cravings.

“. . .All the bad stuff,” she says, “like sweets and carbs.” She wants it all, and says that exercise is a must to maintain her healthy lifestyle. She says it’s best if she can just avoid the kitchen altogether.

“I have to work out because I love to eat,” she admits. “I just take it easy and I enjoy it.” Which is what you should be doing during pregnancy! However, when she says taking it easy, the supermodel means working out three times a week — consisting mostly of jogging and modified workout routines with her husband, a NASCAR driver.

Now, I’m not pregnant — nor will I ever become pregnant (look up at who wrote this post) — but I’m pretty sure if I was, I wouldn’t exercise even one day a week. I’d pretty much just stay in bed, eat Skittles all day, and order people to bring me Sausage Egg McMuffins–or dirt (I hear some actually crave dirt, yum!).

Pregnant moms/once-pregnant moms out there, what are/were your crazy cravings?

Angelina Jolie Wants To Take Her Kids Across The Sahara Desert