Rod Stewart Is A Good Daddy! 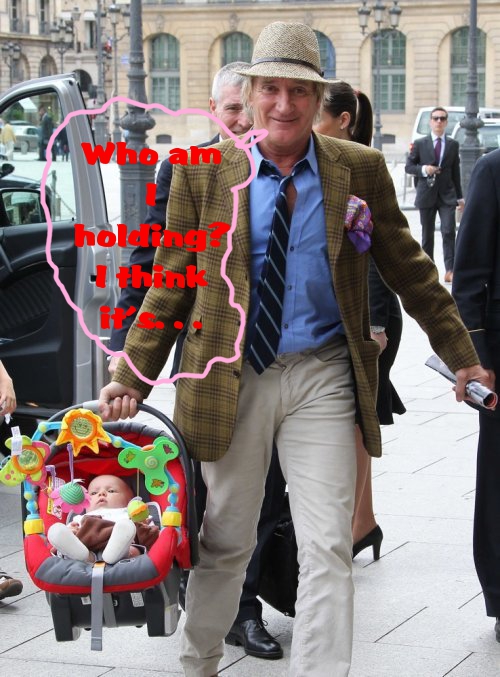 Legendary rocker Rod Stewart is a good daddy — even though he admits that he sometimes forgets the name of his children . . . but, what do you expect when you have eight to keep track of! Sheesh.

The 66-year-old singer, who welcomed his eighth child into the world in February, says: “I’m very proud of my kids. The funny thing is with the little one – so many of them I can’t remember their names now – um, Alistair. When I’m around Als I’m ‘dad’ but when I’m on tour, if I’m away for a couple of nights, he calls me Rod Stewart.”

He says he enjoys being a hands on father and being part of his kids’ lives. Though, he also says he doesn’t quite have the energy to do the late-night diaper changes 🙂