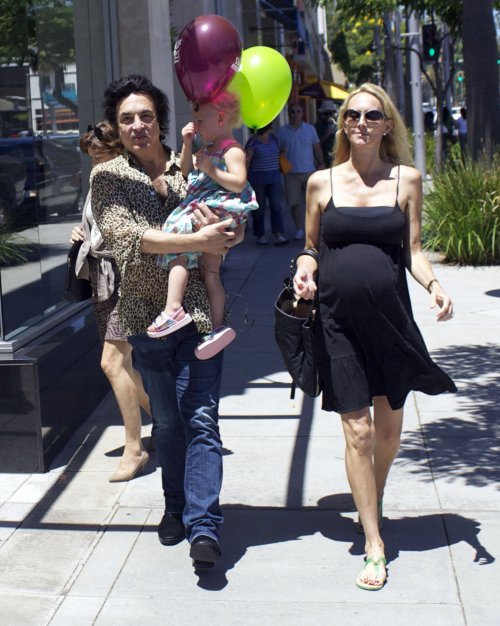 Paul Stanley was seen walking through Beverly Hills with his pregnant wife, Erin Sutton, and his two-year-old daughter Sarah. The family was spotted as they were leaving Sharky’s Restaurant. More lunchtime celebs! I wonder what it is about the photogs and their tendency to capture celebs as they’re exiting restaurants?

The couple also has a four-year-old son . . . with another lil’ baby nugget on the way.

As Erin enjoys another pregnancy, Paul is hard at work on a memoir entitled Nothin’ To Lose, which is being co-authored by Kiss bandmate, Gene Simmons. The piece will include never before seen photos, and include interviews with other members of the band.

Lookin’ forward to that book? I’m sure it will be . . . interesting.

Britney Spears and Family Enjoy A Day On The Water