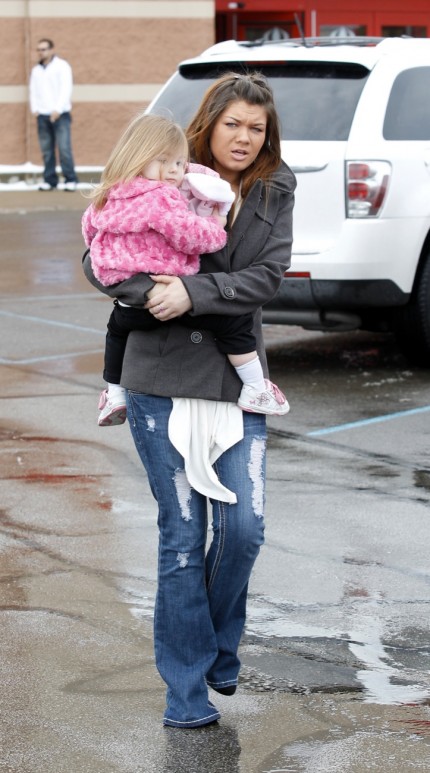 Teen mom Amber Portwood sustained a head injury while in rehab. She fell and was transported to a hospital on Saturday morning.

‘Amber had a minor head injury from a fall yesterday and was taken to the ER,’ her brother, Shawn Portwood, wrote on the Amber Portwood fan Facebook page he runs.

Once at the hospital, doctors deemed the injury was minor. It won’t impede her therapy at the rehab center.

Portwood is currently in rehab to deal with aggression and depression issues.   She is hoping  to restart her life and be given the opportunity to be with her daughter again.

The third series of MTV’s Teen Mom premiered this week. Portwood attempts to reconcile her relationship with Gary the father of her two-year-old daughter Leah through counseling.