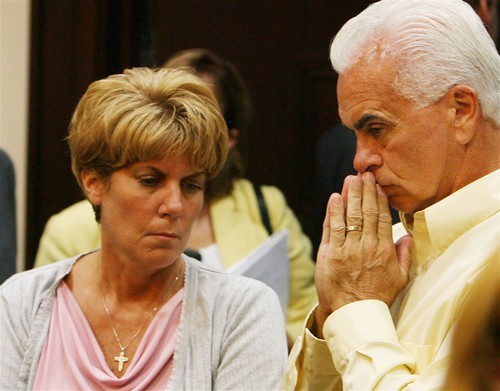 George and Cindy Anthony have reportedly turned down an offer of $250,000 to be interviewed on a talk show. They turned down the offer because the huge sum was not enough for their taste! Networks want the Anthony’s to speak about Caylee’s death in 2008, along with their opinions on Casey being found guilty.

Casey’s first interview is still in the making and bids have now passed $1.5 million. Her legal team is now in New York negotiating with NBC, ABC, andCBS for that first interview. Bidding started at $1 million and quickly rose to it’s current point.

So are the Anthony’s right in thinking that they can score a much better offer in order to appear on tv? Or are they nuts to have turned it down?