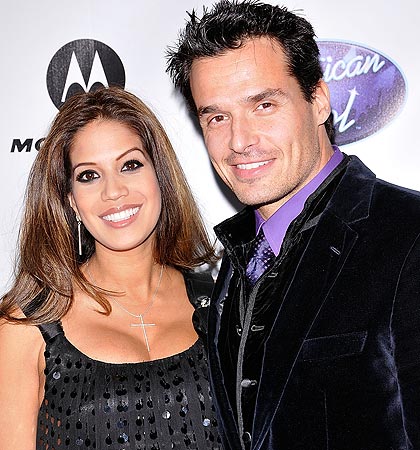 Calvin Klein model and former Soap Opera General Hospital star Antonio Sabato Jr. and  his wife Cheryl Moana Marie new son was born this past weekend.  They decide to name their new son after Antonio.   However they decided for a very different middle name 22 letters long.

Their son’s middle name is “Antonio Kamakanaalohamaikalani Harvey Sabato Iii” and it is a Hawaiian name.  The name means  “a beloved gift from the heavens“.

This is Antonio’s first child with Cheryl but he has two others a son with actress Virigina Madsen, 16-year-old Jack and a daughter with  Kristin Rossetti,  7-year-old Mina.

You might also likeMore from author
Antonio Sabato Jr.