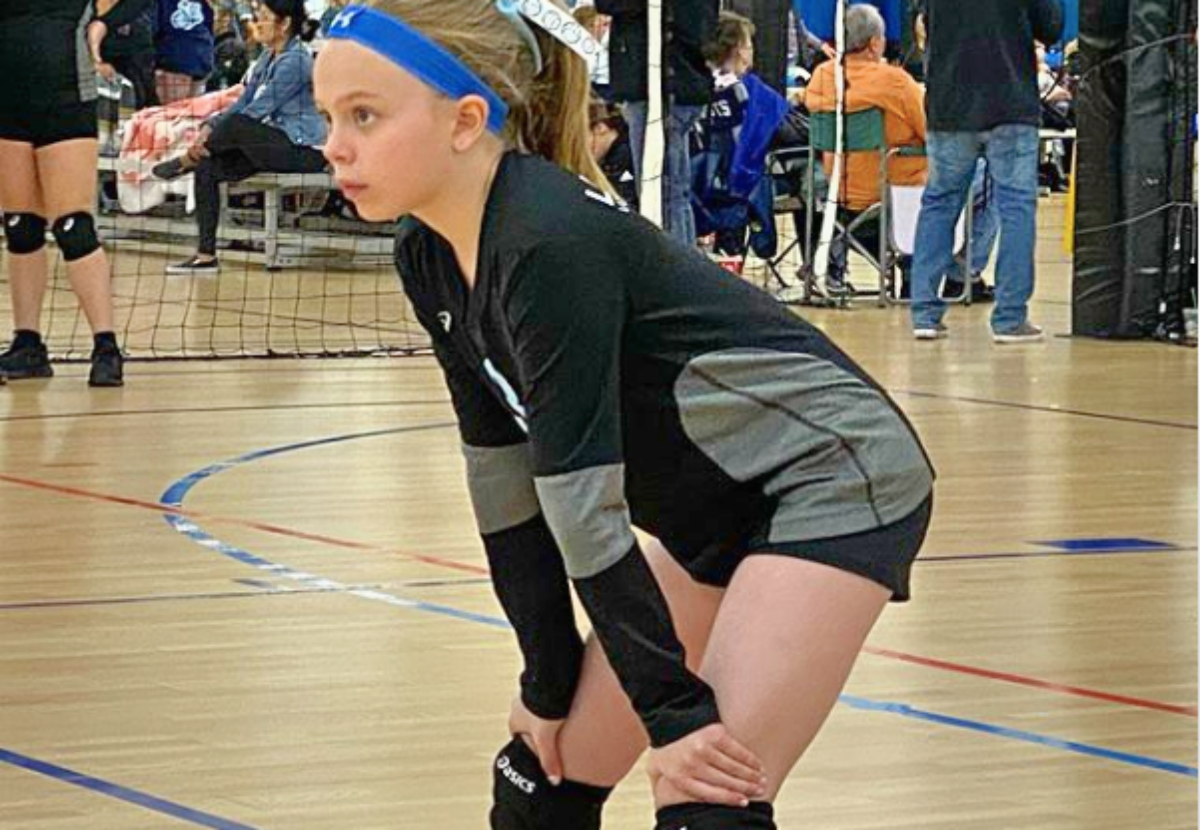 Scarlett played volleyball on Super Bowl Sunday, and posted a photo of her all dressed up for volleyball and also posted the following: “Super bowl Sunday is also called Volleyball Sunday today at my house!!

Our team had a great day today and we are improving with every practice and match!! Big thanks to all the coaches who dedicate their time to teach young athletes like me the skills we need to be big time athletes in the future!!!”

Scarlett is ten years old and will be eleven on August 4, 2009. She currently plays Charlotte Cassadine on the ABC daytime drama General Hospital. Young Scarlett has also played in a couple of other series in her very young career as an actress; she played in the 2016 Fox television series “Lethal Weapon” as Kate, and in the Showtime series “Shameless” as Jeni. However, she is rapidly becoming best known as the youngest Cassadine on ABC’s General Hospital, and a feisty one at that! She is absolutely fearless!

Super bowl Sunday is also called Volleyball Sunday today at my house!! Our team had a great day today and we are improving with every practice and match!! Big thanks to all the coaches who dedicate their time to teach young athletes like me the skills we need to be big time athletes in the future!!!

A post shared by Scarlett Fernandez (@officialscarlettfernandez) on Feb 2, 2020 at 5:32pm PST

Scarlett’s character, Charlotte is currently the focus of a custody dispute, with her tv mother Lulu Spencer (Emme Rylan) trying to change the custody agreement she currently has with Charlotte’s birth father, Valentin Cassadine (James Patrick Stuart). She is fighting Valentin for full custody and has also threatened him with a restraining order to keep him away from Charlotte – which Charlotte overheard!

It looks like Charlotte is becoming deeply disturbed and acting out; she recently cut up a photo and blamed her former stepmother Nina Reeves (Cynthia Watros) for it to her mother Lulu when she picked her up from an afternoon with Nina, who Charlotte normally adores.

The little girl has undoubtedly felt the vitriol coming from her birth parents at each other, and Lulu is clearly using her daughter with Valentin as a pawn in a power struggle, while Nina watches helplessly because she is divorced from Valentin, and has no say in her custody. Charlotte was conceived via in vitro fertilization, with Lulu’s egg being harvested while she was being held captive by Nikolas’ father, Stavros Cassadine (Robert Kelker Kelly) and fertilized by Valentin, then carried by a surrogate. She has a half-brother named Rocco Falconeri (O’Neill Monahan).

Check out ABC’s General Hospital to see Scarlett in action, and keep checking Celebrity Baby Laundry for the latest news, updates and developments!