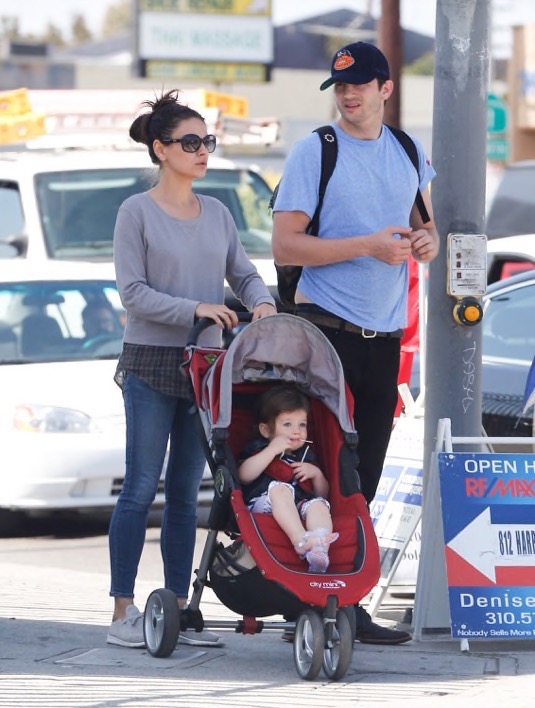 Mila Kunis and Ashton Kutcher were pictured getting lunch with their daughter Wyatt in Marina Del Rey, CA on Sunday (May 1).

The Black Swan actress was dressed casually in a grey sweater over a plaid blouse with skinny jeans and runners. She pushed their daughter in a stroller who was sucking on a lollipop. Kutcher walked besides them.

Kunis recently put her experiences as a mother to good use in her new comedy, entitled Bad Moms, alongside Kristen Bell, Christina Applegate, and Kathryn Hahn.

“[Motherhood] is awesome. I feel like that’s all we ever talk about when we get together. We talk about kids. We’re all very lucky though. We all have little ones. It’s great,” Kunis told at CinemaCon in Las Vegas, last month.

Meanwhile, Kunis & Kutcher recently reunited with their former That 70’s Show co-stars. The whole gang posed for a picture while visiting the set of Kutcher and Danny Materson‘s Netflix series, The Ranch.