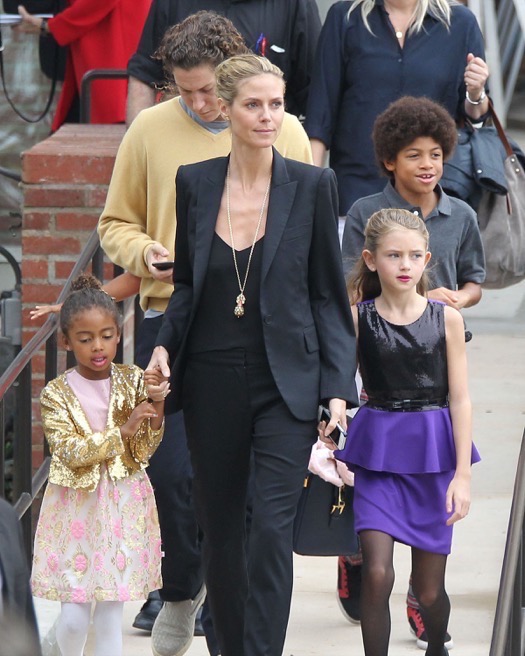 Heidi Klum and her boyfriend Vito Schnabel were seen taking her kids Leni, Henry, Johan and Lou to see The Nutcracker at UCLA in Westwood, CA on Sunday (Dec. 21).

The Project Runaway host was dressed in a black blazer, a matching tank and dress pants with heels while leaving the ballet. She held the hands of Leni and Lou. The rest of the family followed behind.
Last December, Klum revealed that she will not be having more children in the future.

“I don’t think so,” the supermodel shared with E! when asked if more kids are in her future. “Four is great.”

Klum added that she already doesn’t get enough sleep as it is.

“I’ll sleep when I’m old,” Klum joked about juggling work and motherhood. “I don’t have time for any of that now.”

Hilary Duff Takes Luca to a Baby Class Before The Holidays