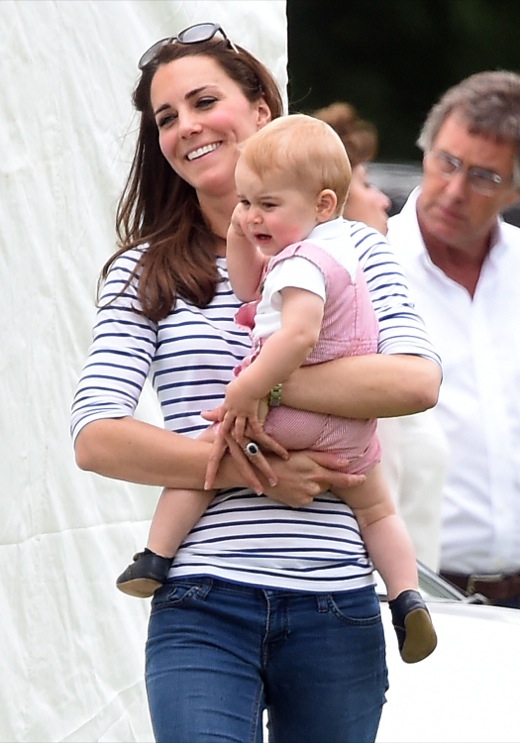 The Duchess of Cambridge was dressed casually in a stripped shirt, jeans and flats while carrying the 11-month-old baby to the match. Prince George showed off his newly acquired walking skills while trying to kick a ball.

The Duke of Cambridge is a big fan of the sport. He even made sure not to miss an event when the birth of his son was imminent last year.