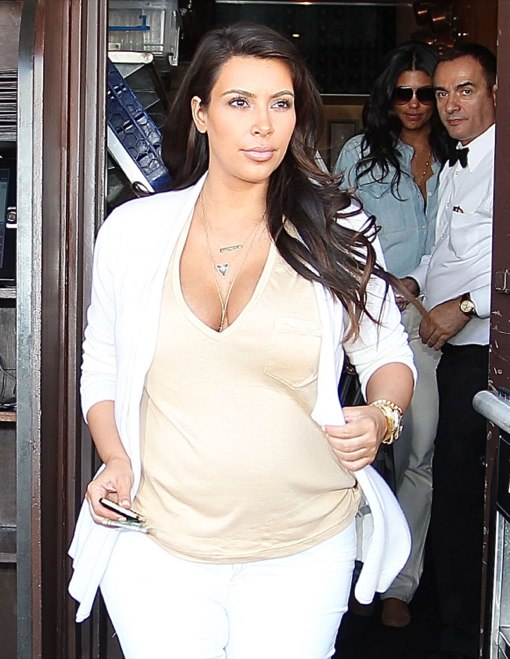 Is Kim Kardashian going to be the new spokesperson for Weight Watchers?

After receiving months of harsh criticism for her pregnancy weight gain, the reality star reportedly plans to sign with the weight loss company after she gives birth in July.

“WeightWatchers have made their offers and she’s likely to sign in the coming day,” said a source. “Kim thinks constantly about how she’s going to get her figure back once she’s had the baby. This will spur her on.”

Kim is said to be eager to follow in Jessica Simpson’s footsteps.

After the birth of her first child, Simpson snagged a $4 million deal to lose the baby weight with the company. The singer starred in two commercials for the brand and loss of up to 50 pounds.

What do you think? Will Kim get the deal and can you see her as a spokesperson?

Spa Day: Mommy Gets a Day Off

How to Stay in Shape While Pregnant