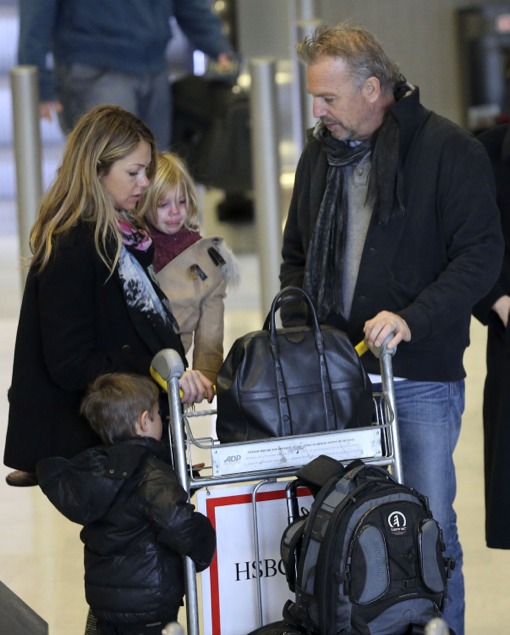 Kevin Costner was spotted arriving at Charles De Gaulle airport on Tuesday (Jan. 15), with his family in tow.

The Hatfields and McCoys actor’s wife Christine Baumgartner and their three children, Cayden, Hayes and Grace smiled for photographers as they exited the airport. Although, Grace didn’t seem to please about something and had a little temper tantrum.

On Sunday (Jan. 13), Costner won a Golden Globe as Best Actor in a Miniseries or TV Movie for his role as William Anderson in Hatfields & McCoys.

“It has been a great ride,” he said after receiving the award from Jessica Alba and Kiefer Sutherland.