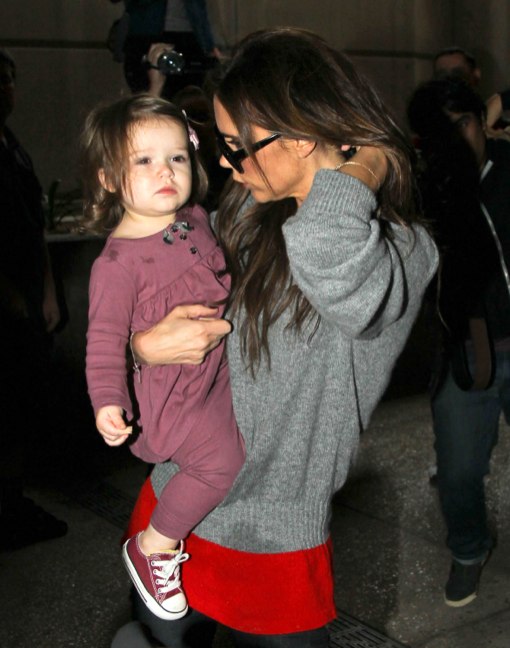 Victoria Beckham and daughter Harper were spotted arriving on a flight at LAX airport in Los Angeles, Ca on Saturday. The duo were arriving from London, England.

The singer turned fashion designer was unusually dressed in casual clothing. She wore a grey sweater over a red top with jeans while protectively carrying Harper. The 16-month-old was also dressed casual in a flowing red sweater with matching tights and red Converse sneakers.

Victoria’s husband David Beckham played in his last MLS game on Saturday. His team, the LA Galaxy beat the Houston Dynamo 3-1 to win the MLS Cup.  Romeo, Cruz, and Bronx celebrated his victory and farewell alongside the soccer star on the field.

Prince William Does Not Want Nannies To Raise His Children