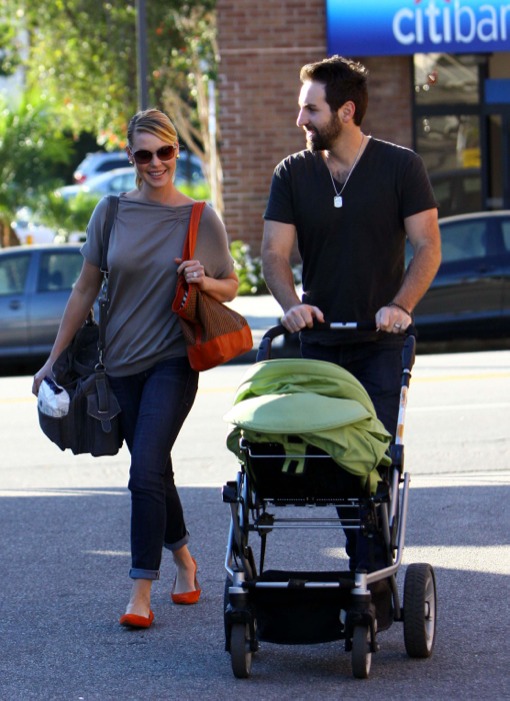 Katherine Heigl and her husband Josh Kelley enjoyed a lunch at En Sushi with their adopted daughter Adalaide in Los Feliz, CA on on Friday (Nov. 23).

After grabbing a bite, the couple took Adalaide for a stroll in her green stroller as they did some shopping at Toys R Us and Party City.

Their older daughter, Naleigh was not present.

“I think it’s far more chaotic than I anticipated,” she said. “And I think every parent probably says that and every parent tries to warn new parents about it. And we all go, ‘Pish posh, it’s going to be fine. What’s one more?’

On Wednesday, she reunited with her former Grey’s Anatomy co-stars. Kate Walsh and Justin Chambers attended The Hotel Cafe in Los Angeles with Heigl, where her husband was performing.