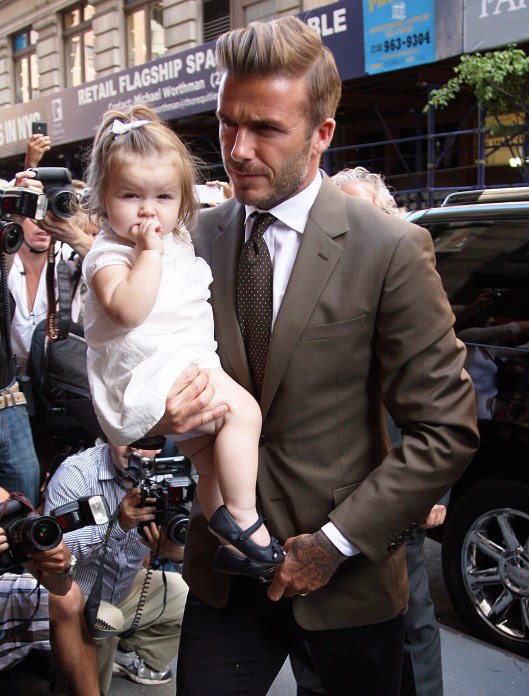 David Beckham is loving having another lady in the house!

The dad of Four opened up about 14-month-old daughter Harper at the Time Warner SportsNet launch party in El Segundo, Ca on Monday.

“She’s great,” he told. “She’s been running around for a few months now, so we’re all chasing her and catching her when she falls. It’s great to have another lady in the house.”

“She kicks a ball around,” he told Us, “but she also carries handbags.”

David sons Brooklyn, Cruz, and Romeo are big soccer fans, but he tries not to influence which team they support.

“I tried to get United shirts on them early but one of them is an Arsenal fan. I don’t know how it happened,” he joked earlier in the year. “I let them support whoever they want.”

Do you think any of Beckham’s children are going to turn into soccer stars?

Scott Disick: “My Son Is My World & My Daughter Is My New World!”