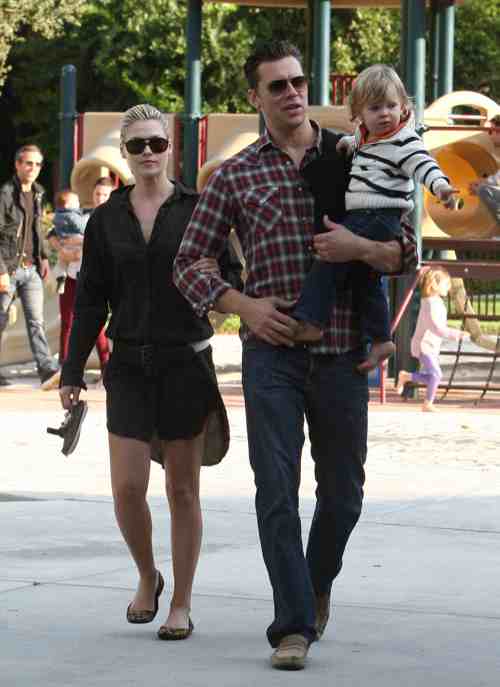 Ali Larter, her husband Hayes MacArthur and their 1-year-old son Theodore went to the park in Los Angeles, Ca on Sunday.

The actress wore a long blouse dress and flats as she watched her son. The little tot was dressed warmly in striped sweater and jeans as he enjoyed playing in the park sand and rode a toy pony.  MacArthur carried Theodore as they left the park.

The actress looks fitter than ever despite admitting she barely has time for exercise since becoming a parent.

“As a new mom, time is of the essence, I’m busier than ever, and exercise has gone down to the lowest priority,”  she told OK magazine.