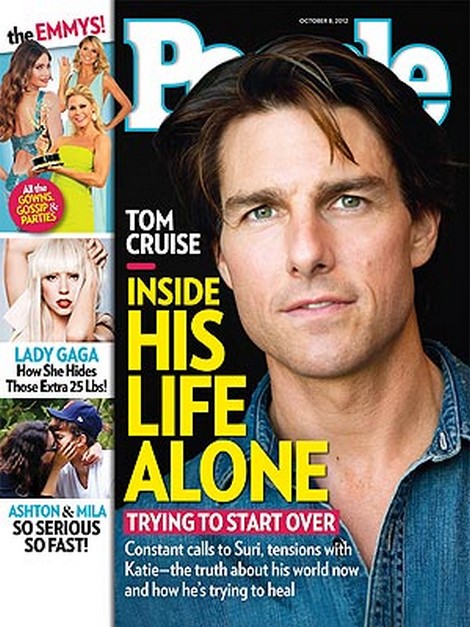 The actor who has been based in London since mid-August working on the pre-production of his next film All You Need Is Kill has not seen Suri in nearly two months.

“I’ve got to see her,” an emotional Cruise told a friend recently. “I miss her.”

Apparently, the film commitments Cruise made before his divorce from Katie Holmes are creating a challenge in terms of seeing Suri now that she is permanently based in New York City.  The six-year-old is attending full-time school at  Manhattan’s private Avenues school, so she has far less flexibility to visit him unlike before when she was home-schooled.

Several sources say that a planned visit to London in mid-September was called off. However, Suri has not forgotten about Cruise and is still daddy’s little girl.

“I can tell you that I haven’t had a meeting with Tom that was not interrupted by a phone call with his daughter,” says his friend, screenwriter Christopher McQuarrie.

Do you think this is a positive PR story paid for by Cruise’s team? Cruise has been spotted partying all over London, but has no time for a weekend trip to NYC?

For more details pick up this week’s issue of People magazine which hits newsstands Friday.