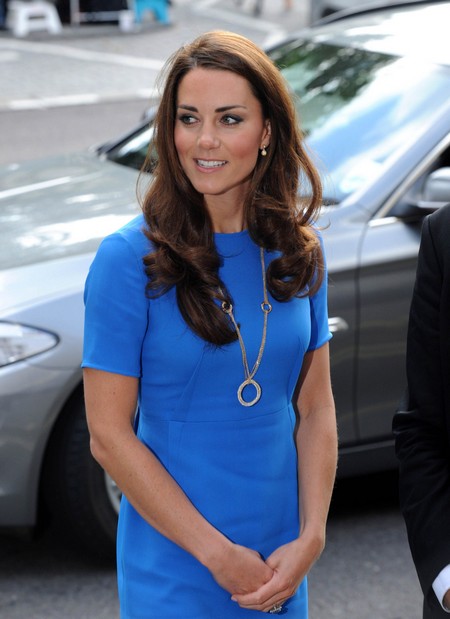 MP Claire Perry was a bit naughty recently when she spoke to an audience of over 250 people and said, “I think Kate Middleton is pregnant – and that would be good for the economy.”

The Conservative MP spoke at Kate Middleton’s former school Marlborough College. Royal Observers popped arteries and said her comments were “unhelpful” and “none of her business”. This colorful snooper gave out her personal telephone number on Twitter earlier this year, so why should anyone trust anything that escapes her loud mouth? If you’re that stupid, you have to pay!

Royal historian Hugo Vickers says Mrs. Perry “might be trying to make a bit of a name for herself and unless she has visited the same gynecologist it strikes me as extremely unlikely she might know.” He added, “She seems to be a bit of a loose cannon, and this is probably more loose cannon fire from Mrs Perry.”

A Royal observer joined in the debate and said, “It will be the best-kept secret of all time. There is no way they would want people to know before it was appropriate. Historically there has always been speculation about this sort of thing, and of course you cannot stop people saying what they want. I should think the Duke and Duchess of Cambridge are probably pretty used to it but also pretty fed up with it.”

Well, if our stomach has been watched more than a Kardashian’s breast size, we’ll also be a bit pissed off!

Prince William told an American television show earlier this year, “It is quite strange reading about it, but I try not to let it bother me. But I’m just very keen to have a family and both Catherine and I are looking forward to having a family in the future.”

Kate’s stomach and demeanor have been scrutinized by royalists, with tea cup sipping elderly people gossiping among themselves like a bunch of pre-teens at a Justin Bieber concert.

No-one knows if she is pregnant or not, but we doubt the elderly and crazy people will be told first…

Report: Jennifer Lopez Lets Her Twins Run Wild and They Almost Get Electrocuted