Kristin Cavallari Touches Down At LAX 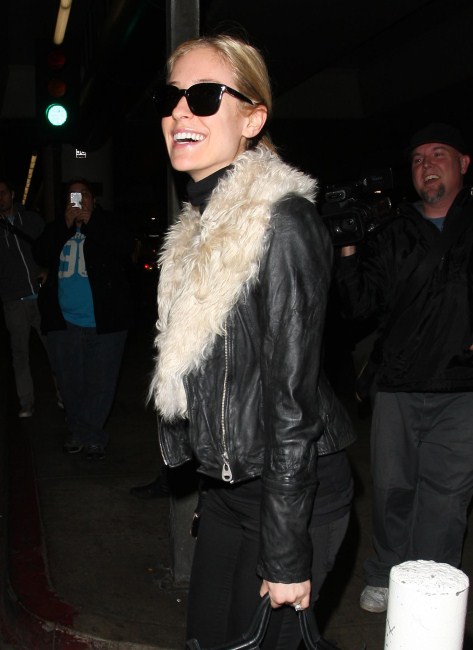 Kristin Cavallari was spotted arriving at LAX Airport from New York City on Wednesday. The pregnant reality star looked chic in a black fur trimmed leather jacket, a top and skinny jeans as she waited for her luggage and  later left the terminal.

Cavallari was in New York City to attend the Mercedes Benz Fashion Week.  At the Betsy Johnson show, Cavallari revealed that her jeans are no longer buttoning up.

“So I have this thing called the Belly Band that just goes around the top of your jeans so you can wear them without buttoning them. It’s the first time I’ve had sample size dresses not fit me. It’s all for a good reason. It’s all right. I’m pregnant.”