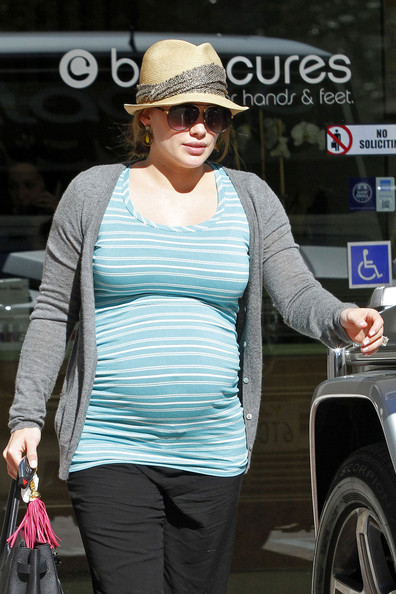 Pregnant Hilary Duff was seen leaving Bellacures nail salon in Studio City, Ca on Thursday.  Duff who is due in March wore a grey sweater over a tight blue striped shirt and black stretch pants.

Duff’s ex boyfriend, Aaron Carter recently said he is happy that she is in a successful relationship and expecting a baby.

“I’m really happy for her that she’s in a successful relationship and that she’s going to have a baby,” he said.

Carter also admitted sometimes he wonders if he could have been the guy for Duff if they hadn’t split.

“Sometimes I think to myself, maybe that could have been me but it is what it is,” he added.