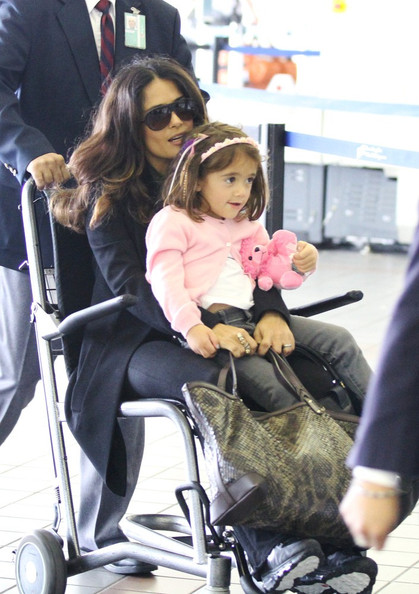 “She will not believe in Santa Claus,” says Hayek.

“No matter what I say to her she just doesn’t buy it. She’s four! I refuse to give it up but there’s nothing I can say that makes her believe in Santa Claus. I don’t know why I have a child like that.

Hayek claims unlike her daughter she believed in Santa Claus.

“I believed in Santa Claus and I was really upset when somebody told me the truth. But I’m hopeful that in a year or so she’ll believe in it especially because it’s always a great tool for blackmail!”