Denise Richards Is a Soccer Mom 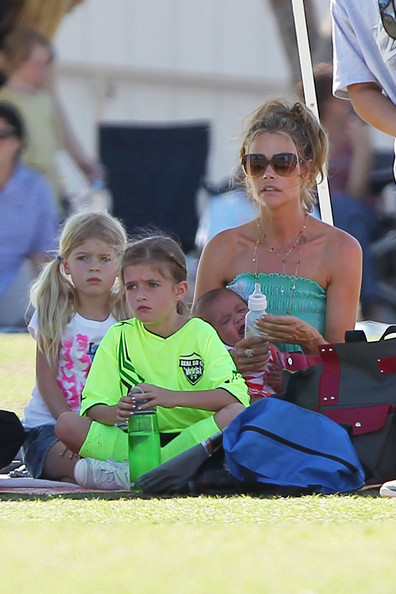 Denise Richards is a soccer mom!

Richards took her baby daughter Eloise to the park with older daughters Lola and Sam to watch Sam play soccer on Saturday. Richards took time to feed Eloise and buy Lola an ice cream while watching the game.

Things between Richards and Charlies Sheen have been going better as of recent.  Sheen was seen accompanying Richards to one of Sam’s soccer games earlier in the week.  Richards later tweeted,

‘Just got back from Sam’s soccer game.’

‘She did great… Happy to see Charlie Sheen cheer her on. Proud parents!’

Tamera Mowry Not Ready For Children