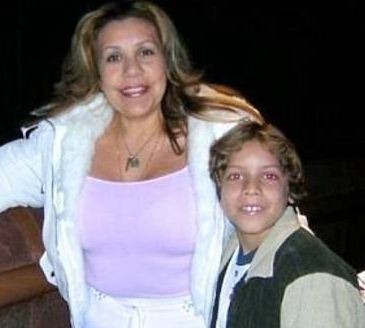 Arnold Schwarzenegger has been meeting with former nanny and mistress Mildred ‘Patty’ Baena and his Joseph.  He wants to make amends, so he spent the last month bonding with the two. Joseph and Patty have even been seen visiting Schwarzenegger at his mansion in Brentwood, California.

“Arnold wants to spend time with Joseph and play more of an active role in his life,” a source tells.  “In a way, Arnold is relieved that he no longer has to hid the fact that he is Joseph’s father.”

The pair have recently been bonding over a shared love of cars: “Joseph loves his dad’s car collection. He loves cars, and Arnold has driven his son around his gated Brentwood neighborhood.”

Schwarzenegger apologized to Joseph for the scandal and how it thrust him into the spotlight.

“Arnold apologized to Joseph because he had to miss the last few weeks of school, and Joseph said he had no problem missing school and could forgive him for that,” the source said.

“Arnold hopes that Joseph is able to return to school this fall without cameras following him.  It was a really tender moment between father and son.”

So do you think that Arnie is doing the right thing?