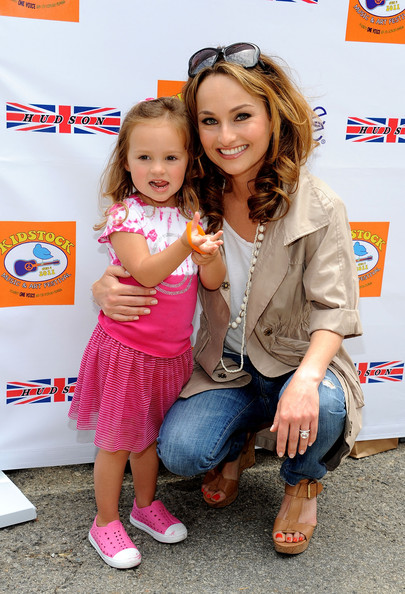 Giada De Laurentiis’ daughter, Jade Maris is already a natural in the kitchen. “She’s been cooking for quite some time now. I took her on the Today Show and it was hilarious,” Laurentiis’ told People Magazine.

Her daughter is already telling people how to cook too!  “She had a whole conversation with Hoda about how much food to eat and how to eat spaghetti. She’s very into food. We’ll see how long this lasts, but for now it is all consuming,” she said.

Is this the budding of the next TOP CHEF?

Jennifer Lopez Arrives in London With Her Twins

You might also likeMore from author
Giada de Laurentiis