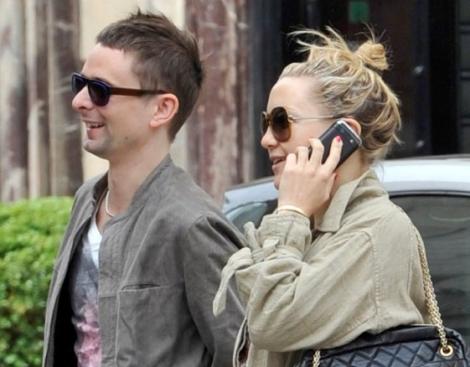 Kate Hudson is well known for her slender frame. Now that Kate is expecting baby number two, she is lamenting her recent ‘fuller on top’ body since the pregnancy. Hudson said, “Normally I’ve got cup size A, now I’m almost a D. In some situations big boobs are funny, but in most they aren’t.” She later added, “Plus, I love fashion, and having big breasts is not ideal for certain looks. They’re way more fun when you’re not in your clothes. Then, they’re a blast!”

Kate’s opinions on her breast size seems to be frequently changing. The Something Borrowed actress said at the 2002 Golden Globes, “I have small breasts, obviously. It’s nice to be able to wear a plunging neckline and have it be elegant.”

Her opinion seemed to have changed when in March 2010 she reportedly had her breasts up-sized in order to have a fuller-on-top figure. Hudson, 32, has a seven-year-old son Ryder. She is now expecting her second son with Muse lead singer Matt Bellamy. Baby no. 2 is due later this year. Of the pregnancy, Hudson said, “We just let destiny take its course. I actually didn’t want a second child before my 33rd birthday.”

So is Matt and Kate getting married soon? “I wouldn’t count it out,” she says, “but Matthew and I kind of skipped that part and went right to the good stuff!”