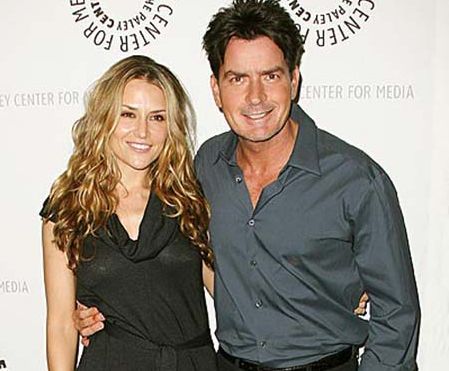 Its amazing the way celebrity justice works, or doesn’t… – drug taking mom Brooke Mueller is too stoned to take her sobriety test Friday and yet the judge does nothing about it.  Sources familiar with the case say Judge Hank Goldberg was well aware that Brooke had relapsed into drug use again, but the judge was equally disturbed by Charlie Sheen’s substance abuse and the fact that he bragged about it.

The judge denied Charlie’s request to strip Brooke of custody and award him full legal and physical custody of twins Bob and Max.  Judge Goldberg kept the status quo, ruling the custody agreement Charlie and Brooke struck last month will remain in effect.

Judge Goldberg also felt Charlie’s questionable parenting skills did not warrant a change.  Brooke’s lawyers raised issues of prior domestic violence on Charlie’s part, though there were no fresh allegations.

In the end, sources say Judge Goldberg felt both Brooke and Charlie had problems, but the twins were adequately protected by the nannies, relatives and other support staff.   Supposedly Judge Goldberg did not hold the fact that Charlie brought his goddess to court against him.  Ya, right!