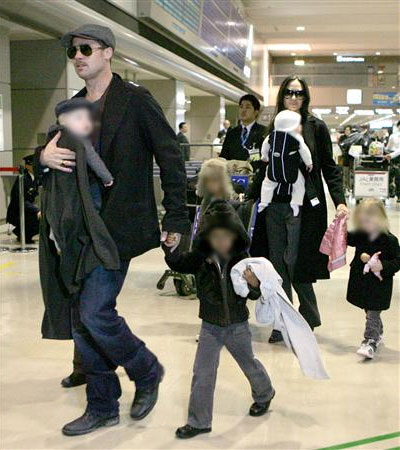 For for those of you planning your own family be prepared to have lots and lots of money.  If you want to maintain your brood in the style of Angelina Jolie and Brad Pitt, then be prepared to spend over $10,000,000 per year.

Let’s itemize some of the costs the Jolie-Pitts bear in their version of child rearing:

Tutors, who travel the world with the kids, cost another million dollars.  Private jets to move the family about cost $5,000,000.
The proud parents once spent $500,000 on the hotel bill when they stayed at New York’s Waldorf Astoria Hotel.
A source said: “They donate millions a year to charity – that’s how they justify spending so much.”

They don’t need to justify anything – its their money – we give it to them as fans – and they can spend it however they like.  There are worse ways to spend money than on raising a family – ask Charlie Sheen.